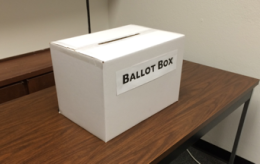 To be honest, I haven’t been that bothered about the General Election.

Corbyn is unelectable in any circumstances: whatever the truth of the matter, he was and is perceived as pro-terrorist, anti-Semitic, and financially irresponsible.

I like many Labour policies, but I most strongly object to their murdering fetuses stance, their choose-your-own-gender nonsense and all that flows from it, the clamping down on dissent against illiberal “liberal” orthodoxy, and the Islingtonian sect mentality (the C of E is developing a similar sect mentality—thank God I’ve retired—but the C of E is irrelevant so it doesn’t matter).

I like some Conservative policies. We should. protect our borders. That doesn’t mean we should repel refugees: far from it, we should welcome them. We should expect immigrants to respect our society. We should  be thrifty. We should  take responsibility for ourselves, especially our health, for at present there is an expectation that the NHS will sort our stupid decisions (try to slither through the alcohol-induced vomit on the floor of A&E on a Saturday night). But I wonder when was the last time a Prime Minister was so openly dishonest, untrustworthy and apparently lacking in decency.

As for brexit, I voted remain. With daughter and son in Dublin and pensions in Euro, it made sense personally. There is something about togetherness that is admirable. Yes, the EU is run by seemingly arrogant, self-seeking and unelected suits, but one way to deal with that would have been to change it from the inside. But it is as it is, and Владимир Владимирович will be pleased.

But one thing niggles at me. I have this feeling that a very significant factor in the leave vote was concern about immigration. If so—I’ll be condemned for this—I rather suspect that it’s immigration not from the EU, but from the former Empire. Leaving the EU will do nothing about that.

2 thoughts on “Election and empire”