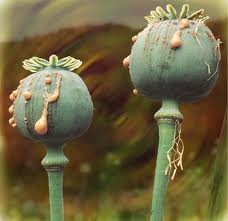 A Vicar is in bother for reportedly banning Onward Christian Soldiers on Remembrance Sunday (he didn’t actually – see here – but why let facts confuse the issue?). Other ministerial bêtes noires include Jerusalem (And did those feet, not the other one), I vow to thee my country, and O valiant hearts.

I won’t ban any of them. I like Onward Christian soldiers. It’s a great tune, and the words and images that so offend the PC brigade don’t offend me. We need to be more assertive—how can others have respect for people if they don’t stand up for what they believe? How can we have meaningful theological dialogue if all we believe in is Jesus is my sentimental lover, chocolate, pet services and holding stones?

I vow to thee is my least favourite of this lot. The words are daft. All very stiff upper lip and Bertie Wooster but meaningless piffle. The tune is not one of Holst’s jewels and its span of over an octave makes it difficult to sing. But if people want it they can have it. Maybe one of the reasons I dislike it is the image it conjures up in my mind’s eye of the horsey set in their Barbours and jodhpurs and Alice bands and jolly hockey sticks. And that’s just the blokes.

And did those feet is wonderful sing. The music is real quality, as you’d expect from Parry. But what about Blake’s words? How to describe them? For starters, they don’t mean what most people think they mean. The dark satanic mills have nothing to do with the mill towns of the north—the poem predates them. They almost certainly refer to the institutions that attempt to brainwash people into being Orwellian slaves of the establishment: anything that keeps the rich man in his castle and the poor man tugging his forelock by the gate. In other words, the Church of England and the degree mills of Oxford and Cambridge. Despite being employed by one and a graduate of the tech college on the edge of the Fens, I’m inclined to think Blake was on to something. Or perhaps on something.

And did those feet in ancient time, walk upon England’s mountains green? No they didn’t. And was the holy Lamb of God on England’s pleasant pastures seen? No he wasn’t. And did the Countenance Divine, shine forth upon our clouded hills? No it didn’t. And was Jerusalem builded here, among these dark Satanic Mills? Absolutely not, so gird up your loins, no point waiting for the powers that be to do it; let’s do it ourselves—and the second verse tells us how.

It’s deeply radical and breathtakingly subversive. We need it at least as much now as they did then. Revolution, Comrades. Next time you see Toby and Tristram and Tasmin and Jocasta with their scrubbed faces and telephone number bonuses belting out Jerusalem, have a good laugh. (In Dublin I suppose it would be Ultan, Fiachna, Fionnula, and Derbhla, but they wouldn’t be belting out that hymn and Remembrance Sunday has an altogether different feel.)*

As for O valiant hearts, it’s incredibly moving. There’s no other hymn that for me expresses the stupidity of war in general and WWI in particular: the stubborn pride of military leaders, their callous duping of recruits, the pointless deaths. Never mind the questionable theology (if I banned hymns for that reason there’d be precious few left). Why does this affect me so? Maybe it’s the time Arkwright’s poem was written, 1919. Maybe it’s Harris’s music, Edwardianism dripping from every note. If you’ve read Vera Brittain’s Testament of Youth you might have seen in the text a piece of music by Vera’s brother Edward written I suppose about 1913 with a similar yearning feel.

I’ve always had O valiant hearts at my Remembrance Day services, and always will. It makes me angry and tearful in equal measure, so I have it as the offertory hymn when I go the altar to receive the gifts—which takes my mind off things. This time of year is difficult enough for Vicars with All Souls and Remembrance, and I really don’t need a blow upon a bruise to remind me of the deaths of young people who had their lives in front of them.

The only hymns I really can’t bear are: (1) There is a green hill – terrible theology; (2) All things B and B – words fail me; (3) the middle two verses of Once in royal – Christian children should never be mild and seldom obedient. I’m more inclined to ban tunes than words. But when our generation is dead and gone, nobody will know hymns at all. They are simply not sung any more at schools, other than some posh ones. Funerals and weddings often opt for canned music. They just want a CD of favourite tunes. I’ve stopped caring I’m afraid.

* thanks to my friend Eric for the names. He’s good at that sort of thing.

In Flanders fields the poppies blow
Between the crosses, row on row,
That mark our place; and in the sky
The larks, still bravely singing, fly
Scarce heard amid the guns below.

We are the Dead. Short days ago
We lived, felt dawn, saw sunset glow,
Loved and were loved, and now we lie
In Flanders fields.

Take up our quarrel with the foe:
To you from failing hands we throw
The torch; be yours to hold it high.
If ye break faith with us who die
We shall not sleep, though poppies grow
In Flanders fields.

2 thoughts on “In Flanders fields”