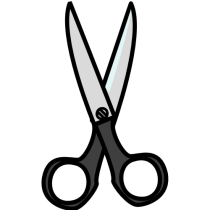 One. A young woman said she was nervous about what she might get. I said: “what do you need?” Before she could reply, her grandmother answered for her. I said “where do you hope to study?” Her mother replied. Then, “and what will you be studying?” Finally, she was allowed to get a word in.

Two. Can’t remember the topic of conversation, but I was again chatting to a young adult, man this time, and his mother kept answering for him. I ignored her and pressed on.

Three. I met a young relation for the first time since he was about 10. A personable young man, at home in his own skin. He’s in his first year “at uni”. (Ye Gods, how I hate that abbreviation.) I said “which?”, and blow me, but his father answered. I said “you’re a fantastic ventriloquist: I didn’t see your lips move and the sound came from over there!”

All these people are old enough to vote, to reproduce, to fight for their homeland. Not to speak for themselves, it seems. It’s highly commendable that they acquire any articulacy skills.

There comes a time when fledglings need to be shoved out of the nest if they haven’t gone of their own accord. Such a pity that leaving home is increasingly not a viable financial option these days. As SWMBO observed “I don’t know how young people can afford to go to university now”.

There is a tide in the affairs of men, which if not taken at the flood, leads on to boredom. And mothering becomes smothering.