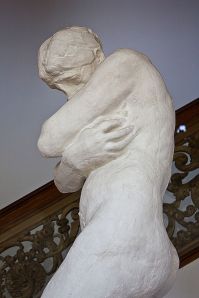 The south London children’s hospital again. Another story that does not reflect well on me.

Admission from Casualty. Young lad, about 6. A few bruises and a couple of broken bones. Once again, his name and his face are etched upon my memory. I shall call him Jason. A suspected battered ‘baby’ (the term used at the time). I examined him as best I could. He was apprehensive, watchful and suspicious of me. His father later came to visit as I was tending Jason in the glass-walled cubicle. I could hardly bring myself to speak to him—it would only have been ‘good evening’ anyway—and I could only just stop myself launching into a tirade. Fortunately I managed to control myself. Weeks later I was called to Camberwell Magistrates Court to give evidence, my first appearance in a court room. It was curiously low-key and inconclusive. I remember few details of that, other than that it happened. Not long afterwards, my job ended and I moved to Nottingham to become an Assistant Lecturer in Anatomy.

I assumed the parent(s) were guilty. They may not have been. Perhaps, as in one of Alan Bennett’s Talking Heads monologues, the child bruised easily because of leukaemia, and/or had brittle bones. I am ashamed of my rush to judgement. I was very young and our daughter was about 6 months old at the time. I worked a two-in-three rota, and was home only every third night.

Please don’t underestimate the emotional pressures on doctors, young doctors especially and those working with children in particular. I can say that the emotional pressures on pastoral clergy are similar, though less intense. This experience, and many others, make me pretty sure that it is just not possible for a sentient human being to be ‘neutral’ about anything, Our own experiences colour what we see and hear and how we think and react, and our emotions cause us to do extraordinary things, some of which we will regret.

2 thoughts on “A salutary tale”