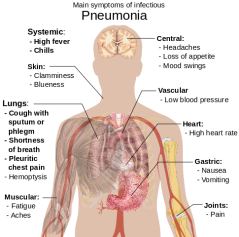 Chest infection again. I’m prone to them, nearly always developing just as some stressful period has ended. The immune system senses that danger is over and relaxes, only to let the cunning little microbes get a toehold. It’s like the story about cleaning out the demons from your mind, then just when you’re relaxing into smugness, they come back bringing their friends with them. My chest infections always begin with a whooshing pulse in my ears. This is different from the normal ear noise that I have all the time (so don’t notice any more). ‘High BP’ thought I, so out comes the trusty sphygmomanometer. BP 128/82, not unusual for me. ‘How can he have a blood pressure like that when he’s so fat and takes so little exercise and likes eggs?’ It’s because—and I’m reluctant to tell you this—I’m so fat and take so little exercise and like eggs. Good God, surely, you don’t expect life to be fair, do you? Maybe it’s because I once was fit, and thin, and lifted weights, and the body is stuck thinking that. Anyway the sphygmomanometer might be bust. So then, going on the basis of the usual course of events, I suspect that a chest infection might be on the way, and, lo and behold, it is. Joy, joy.

Always the same. Tickly throat, swarm of bees in my larynx. Unsteadiness when I stand. Timpani in my head. Then blocked nose. Next, a hammering on my upper teeth from inside the maxillary sinuses. The cough starts. The chest hurts. The cough gets worse, and worse. Now it really hurts to cough. Then it gets better and I feel absolutely knackered for two weeks. Then all is hunky-dory again. That’s the way it is. That’s the way it was when I was a child. As it was in the beginning, is now, and ever shall be.

People are very kind. ‘Go and see the doctor’ they say. And they tell SWMBO that I must be made to visit the GP. What do they think the GP can do? What I want to say to them is: ‘Why? This is viral. You can tell that because of the symptoms, because it usually is, and most of all because the sputum I’m splattering over the carpet and the bedclothes, and perhaps the handkerchief if it gets there in time, is frothy and clear. If it were green, or yellow, or had blood in it, I might think otherwise. Nothing the doctor can do will be worth €50.’ But I don’t say that. It’s not worth the not inconsiderable effort. I’ve tried saying all that, and people don’t want to hear it. They think that GPs, having replaced clergy as people to be looked up to, are omnipotent, and if they’re not, they can be sued (so can clergy in certain circumstances, but let’s not go there just now). Anyhoo, I say, ‘Yes, good idea. If I’m not better by Monday, I will go and see the doctor.‘ Knowing that usually I will be somewhat better, and so won’t go. Some people treat me as if I were an imbecile and talk to me as if I were a decerebrate puppy (if I were, I wouldn’t be able to hear, but that escapes them). They mean well.

There are times when one must listen to one’s body, and one just knows that nature must take its course. I wonder: ‘if I didn’t allow myself to get worked up, would the infections not happen?’ Maybe there is something that demands illness like this twice  a year. If I didn’t allow myself to get worked up, then I wouldn’t be me (whatever that is, see here). So, grin and bear it. I remember the words of Homer Simpson to his children: ‘Kids, kids, I’m not going to die. That only happens to bad people.’ I’m still at the coughing stage, though it’s better than it was yesterday. The reason that the cough is worse in the afternoon than the morning is because of what SWMBO wittily refers to as the arcadian rhythm in the levels of endogenous steroids. That’s the way it is. And if you don’t know what some words mean, look ’em up.