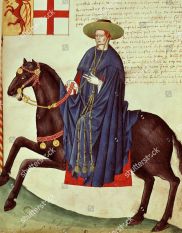 As is now well known, Church of England bishops have recently covered themselves in glory and ordure by reiterating the church’s teaching that hanky-panky is permitted only between people of contradictory gender that are married to each other.

Polygamy, entirely Biblical by the way, is out. Same-sex sex is out—no question. Opposite-sex sex if you’re civilly partnered rather than married is out. Adolescent fumbles behind the chip shop, or bike sheds if you’re at school, are presumably out, out, out. For heaven’s sake, how is a decent upstanding teenager to learn the ropes? And what about the Archbishop of York who said of a royal couple living together before marriage that people would be wise to “test whether the milk is good before they buy the cow”.

You couldn’t make it up, could you?

It comes as no surprise, then, that at the forthcoming General Synod the agenda include discussion on the carbon footprints of churches. On the blog Thinking Anglicans, a correspondent has recently suggested tongue in cheek that each church should review how its carbon footprint is affected by people travelling to church. He points out that so many people came to one of the large evangelical churches in Bristol by car—Chelsea tractor I expect—that Sunday parking outside his house was a nightmare.

This set me thinking.

I wonder how many people attend services on foot or by public transport, well known to be reliable on Sundays. I see horse and cart soon becoming a necessity and imagine the conversations between the Mrs Proudies and the hapless Archdeacons when a new bishop arrives, to say nothing of discussions on the quality of locks and keys.

This would enable the appointment of diocesan stable-hands, grooms and cleaners-up-after to add to the growing army of diocesan posts—only these people would actually be useful.

There are many other benefits that I can imagine, not the least of which is a general slowing down, for I doubt the horses pulling clerical, nay episcopal, carriages would be capable of running at Ascot (a horse worthy of an episcopal employer would surely not be entered to run at Aintree: do they have champagne that far north?).

Another consequence would be that since it would take longer to travel between palace and parish, bishops would perforce visit the parishes less often. This could be seen as a bad thing, or a good thing.

There would have to be a position paper written on the carbon hoofprint of increased horse dung, but maybe not, for it might be that horses were merely redeployed such that it was not necessary to breed more of the elegant equines.

Having said that, breeding more would benefit the artificial insemination industry and enable bishops to produce episcopal guidelines on what was and was not permissible in that reproductive activity. And if there were more dung, just think how the rose gardens and vegetable patches would benefit—this latter being significant in carbon footprint reduction and “woke” ideas about diet.

Which brings me to a dietary question: why is the fare offered at church events so unhealthy? Chocolate, pastry, flour, sandwiches, cakes. General Synod should discuss this.

There is so much about which the bishops have yet to opine: as Alan Bennett remarked in his monologue Bed Among the Lentils, the role of the church is unclear in so many hitherto uncolonised departments of life—underfloor central heating for example.

But they need to get their fingers out, for soon there won’t be anybody to opine to.