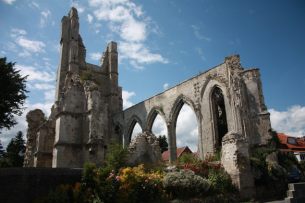 A recent post on the blog Thinking Anglicans (yes, yes, I know, smart remarks about oxymorons—very amusing I’m sure) told the story of two people who’d left the Church of England because of having been insulted and abused by regulars, both saying that they felt better for having left.

Now, it’s a truth universally acknowledged that what puts people off going to church are the people that already do, but nevertheless the observation set me thinking.

In a sense, I’ve left the Church of England too, through retirement. Even though in orders only since 2006, I’ve been associated with it since an act of teenage rebellion in the 1960s.

Teenage rebellion. Did I indulge in weed? No—well, not then. Unbridled sex? No—regrettably. Living in a commune? No—unless a basement flat on the South Circular Road near Clapham Common, where three boys shared a bedroom, counts as a commune (though that was later). The product of two Methodist dynasties abandoning the tribal temple for the Church of England? Yes, that’s teenage rebellion at its most revolutionary.

But back to the plot.

I know it’s early days, but I feel as if I’m working through post-traumatic stress disorder. Do other retired clergy feel similarly? Several have told me that for six months after retirement they slept a lot and couldn’t bring themselves to go to church. Me too.

What follows is not directed at loyal, hardworking and committed church members, but at the institution and its apparatchiks. For what stands out for me, looking back, is the way in which we are expected, even required, to ignore reality in order to pretend that the Titanic is unsinkable, that recovery is just around the corner, and that half-baked initiatives, cooked up by people that long since left the coal face for a comfy desk job, are the answer to our problems.

The truth is that the church has been in decline ever since the invention of the printing press, as a result of which people could read for themselves and didn’t need to be told what to think by priests. The fall since then has been gradual, with most recently, I think, the takeover by the state of welfare functions previously looked after by the church. The church has lost its purpose.

In making these analyses and drawing conclusions, there is of course a balance to be struck between destructive criticism on the one hand, and false hope created by rose-tinted spectacles on the other, but in church pronouncements and publicity these days there is rarely anything other than the latter.

In another life I knew a CEO of the “don’t bring me problems, bring me solutions” school. The culture of the Church of England reminds me of that. It doesn’t work. New buildings, even restorations and extensions, need to have sound foundations (did not someone say something like this two thousand years ago?), not on denial of reality, or on wilful blindness where elephants in rooms are concerned.

Any decent strategist knows that there must be consideration of “what ifs?”, of contingency planning, of alternative options, of disaster preparation. Instead in the Church of England, we have one kak-handed project after another, none seemingly based on rational detached analysis, and none monitored properly during and afterwards to see if the resources chucked at it have been well spent. Some are even justified on the basis of decisions made under the influence of the “Holy Spirit”. It is easy for us to deceive ourselves with groupthink that the truth is not in us.

I’ve been struck by the insidious nature of clerical institutionalisation, and in some cases its speed. It’s like the most virulent strain of antibiotic-resistant microbe. It infects some people even before hands are laid upon them. They speak clericalese, they think only in terms of the institution and the hierarchy, they never try to understand the point of view of a congregation member or a visitor, and they refuse to imagine what someone who’s never set foot in church – that’s most people these days – might see in the cold light of day.

One of the Thinking Anglicans contributors writes that life outside the church is far healthier, and that it was non-church agencies that were helping him to recover. This is similar to how I feel.

My church at present is the gym, my wife’s the garden and nature. They are healthier than church, physically and spiritually, we meet people who smile more, who don’t require us to fill in forms and justify our existence, who have no expectations, and who are willing to help without conditions. Best of all, there is no attempt to use guilt and shame in order to control.

The church used to be an agent of beauty, a patron of the arts, using them to bring people to the Divine. I need to come to terms with the fact that I’ve allowed myself to be duped by it. Or perhaps that it has changed under my feet more than I ever imagined possible.