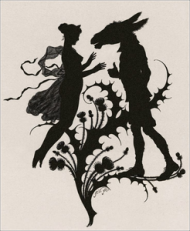 I wake about 4 am sweating, heart thumping. I’ve been dreaming of some disturbing event, often at school, often involving exams I felt sure to fail: physics usually. Sometimes at medical school, with doom-laden foreboding that I am to fail physiology or biochemistry (the one subject I actually failed was pharmacology, and that doesn’t seem to feature). I’ve even had to go back to Cambridge for resits—here’s the curious thing—despite knowing in the dream that I had spent 30 years as a medical school academic.

In last night’s dream I told a few home truths to parents. I wish I’d done that when I was younger. It was gratifyingly violent.

Such a lot of insecurity. Such a lot of anger, never openly expressed, but smouldering, occasionally erupting at inconvenient times. It’s very tiresome. I wish I could remember pleasant dreams. As it is, I wake feeling as if I’ve done several rounds with Mike Tyson.

Why am I telling you this?

Some people expect clergy to be perfect, to be free of the problems that affect ‘normal’ people. Some people who don’t know me apologize for swearing in my presence, presumably on the ground that my thoughts are so pure that my psyche will go into meltdown if exposed to too many profanities. If only they knew. I could teach them a thing or two about swearing. It’s impossible to live and work in Dublin for almost 20 years without becoming adept at the handling of profanities, given the infinite creativity of Dubliners in that regard.

It’s hardly surprising that past memories are part of us too. In fact, they are stored in the brain more securely than more recent memories, which is one reason that old people find it easier to remember what happened 30 years ago than what happened yesterday. You might have heard me use the analogy of a snowball rolling down a hillside, picking up with each revolution some of the snow it has rolled over, getting bigger as it descends. Not a bad image of the human condition—except that there comes a point when we realize that we don’t need all the snow that we’ve collected, and it’s time to get rid of much of it. Trouble is, this isn’t easy, and some of the bits we’d like to get rid of are reluctant to go.

Dreams are just dreams. They don’t foretell the future, but in my experience they can point to stuff in my head that needs sorting out. If it niggles, sort it. Examine the emotions you feel in the dream, try and figure out why they bother you. This is called prayer. Prayer is not about presenting the sky pixie with a shopping list. It’s a journey into yourself. And the further into yourself you go, the closer you get to the Divine core—God in the middle of you.

When you cut yourself, blood particles called platelets gather at the site to plug the hole in the blood vessel and help the blood to clot. These platelets are broken off bits of huge cells called megakaryocytes, which is Greek for—wait for it—huge cell. You and I, all of us, are broken off bits of God. We too can plug gaps and mend cuts, metaphorically speaking, by doing things that help to heal and restore people and events. Life’s destination is to be reunited with the Divine megakaryocyte. This is the doctrine of theosis as interpreted by the Vicar. Look it up if you’re interested.

Accept the upsetting dreams, and take what you can from them. Go easy on yourself—there are plenty of gobshites out there who are quick to find fault with you, so you don’t need to join them—and remember your destination.

If we shadows have offended,
Think but this, and all is mended,
That you have but slumber’d here
While these visions did appear.
And this weak and idle theme,
No more yielding but a dream,
Gentles, do not reprehend:
if you pardon, we will mend:

And whatever else you do this summer, have a rest.

5 thoughts on “A midsummer night’s dream”