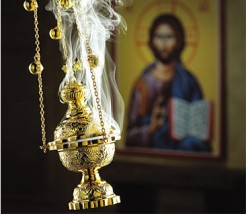 Having to write something every month for the Church magazine always comes as a shock, even though I’m kind of expecting it. This is for November. There’s nothing new.

Attendance figures published recently show that, despite the emphasis on evangelism and the money thrown at new initiatives, C of E attendance continues in freefall. The Christian message is insufficiently compelling to cause people to stop and think.

Today’s young people see the church as negative. It condemns sex before marriage, for example—an immediate turn off for a huge swathe of the population who think nothing of it (neither do I, but I’m not supposed to say so). It gets its knickers in a twist about sexuality generally, about which the Bible says very little, and yet appears deaf to the plight of the poor, the oppressed, the abused—about which injustices the Bible says a very great deal. It is, let’s face it, a leisure activity for prosperous middle-aged and elderly. “Oh, you go to church on Sundays, do you? We go hiking.”

Modern people increasingly don’t believe Christianity is true. Maybe they are don’t hear a convincing version, even if they bothered to go searching—but why should they? Everything that the church used to provide say 50 years ago—companionship, solidarity, friendships, a sense of self-worth, comfort, a listening ear—are now to be had from hobby groups, sport, counselling, self-help groups, and so on, without having to grovel for being miserable sinners—which is what the church generally has you do as soon as you’ve sat down from a good sing. People don’t see themselves as sinners. They work hard, they love their families, they do their best for their neighbours, they try to stay out of the clutches of the law, and they, entirely understandably, say “I’m not a sinner”. And to cap it all, the church is portrayed as being utterly hypocritical. Just look at the contrast between what it says about child abuse, and what it actually does–or rather doesn’t do if reports are to be believed.

As for the faith, most people see it as life-denying and over-regulated. This is criminal. The mission Jesus gave the apostles was simply to teach others what he taught them. He made few if any statements about how to get to heaven, but rather showed us how to live here on earth, and he said this was heaven. He taught in parables so that listeners could come to their own conclusions. Despite this, neurotic church people have made it all into a school register, good attendance and gold-stars being rewarded with Nectar points for the afterlife. We make his love too narrow by false limits of our own; and we magnify his strictness with a zeal he will not own. No wonder people dismiss church.

In the film Chocolat there are two visions of church. The first is cold, gloomy, repressive, and governed by yesterday’s people who oppress and control. Then, the wind blows open its doors. God the disturber exposes unhappiness and hypocrisy hiding behind judgmental pomposity. ‘Church’ that was an oppressor becomes a liberator.

I think Christianity is really quite simple:

That’s it. All the rest—doctrine, dogma, rituals—is poetic window dressing, some of great beauty, but some well past its sell-by date, fit only to be ditched.

During my training I visited a Hindu Temple in Leicester. It quite took my breath away. Lovely smells, colour, activity, devotions soaking the Temple. A family having a blessing here, people preparing a meal over there. Children playing here, adolescents chatting there. Religious bric-à-brac that knows nothing of middle class good taste or the appalling stifling conservation police. Facilities for hospitality, pastoral care, social action, learning and devotion. No moaning about how things used to be “when I was young,” but rather living in messy reality. It’s life affirming. I hope that heaven—if there is one and I ever see it—will be fragrantly chaotic like that Temple.

Is this an unrealistic dream: life that is fragrantly chaotic, open in every respect? Life that is fun? Not simply beauty of craftsmanship, but beauty of the human spirit, open and saying ‘yes’, like Mary was open, saying ‘yes’? We don’t need church—we need to live. Jesus didn’t come to form a new church, he came to show us how to live. He came to abolish religion.

As we prepare for another Christmas, let’s celebrate life abundant, not life resisting; life enabling, not life denying. Sin is life unlived.

4 thoughts on “What’s the church for?”