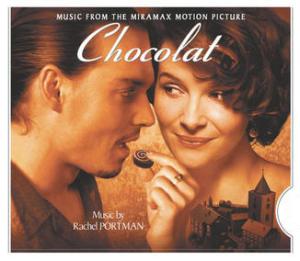 I’m not a huge fan of chocolate, but in Lent we’ve been watching the film Chocolat. It’s full of Easter messages. The wind (spirit) blows open the doors of the fusty church. Unhappiness is exposed behind a façade of pomposity. Hypocrisy is found lurking behind a judgmental personality. Power is used to oppress and abuse. God the disturber shows up dull complacency. Healing comes to the mayor only after he has been found in the metaphorical gutter having gorged on chocolate, that well known substance of Satan.

We see how “church” which at the beginning is an oppressor by the end has become a liberator. As the film runs, we see how heart-to-heart conversations result in smiles and colour and liberation. We see how eating together (com panis, bread together)—having a party—is sacramental.

Whether or not the novelist Joanne Harris had all this mind is neither here nor there: what matters is what we take from the story. For me, the film is about darkness to light, oppression to liberation, drowning to salvation, death to ascension, and the power of parties that include. As Père Henri in Chocolat said in his Easter sermon, “I think that we can’t go around … measuring our goodness by what we don’t do. By what we deny ourselves, what we resist, and who we exclude. I think … we’ve got to measure goodness by what we embrace, what we create … and who we include.”

In his novel The Power and the Glory, Graham Greene has one of his characters say “hate was just a failure of imagination”. The Holy Week and Easter story is about a group of people who were so threatened by new ideas that they put Jesus to death. A failure of imagination that resulted in hatred. Looking at the world today, we see the same forces at work. To take but one example, North Korea might be a long way away, but its threats have the power to destroy the world—and all because the governing clique lacks the ability to admit that new ideas could make things better. A failure of imagination.