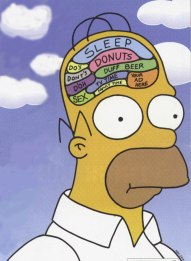 The characters in the Christmas story live in my head. It’s pretty crowded in there. Legion, you might say.

There are characters on the hillside left out in the cold until they are surprised by light and encouraged in. There’s Mary who listens to something bigger than herself and sets aside her own plans. There’s Joseph who worries that maybe he’s taking too big a risk, but he’s started so he’ll finish. There are magi that journey far and wide using abundant gifts to enrich life.

Then there’s Herod strutting and swaggering, clinging to power and possessions, like Gollum to his precious. He is fearful. He stifles initiative, nips new life in the bud before it gets chance to flourish. Or so he thinks.

All these characters move towards the infant.

The child in the manger shows us how to let go, take risks, follow our stars, bring in from the cold. If we search hard enough—and it is maybe the most costly thing we ever do—we might even realise that the Christ child is within, like a neglected pilot light waiting to be turned up. The infant saving us, in fact, from ourselves, selflessness superseding self as the inner light glows ever more brightly. My kingdom is an inner kingdom.

In the early hours of 30 June 2005 I dreamt I was descending stairs into a church basement, completely in the dark. Something was awaiting me, though I knew not what. I was without fear. Along a corridor, into a room, pitch black. I felt to the left for the light switch. I flicked it. In front of me was a young lad. So pleased to see me, so lonely, tears of joy, so relieved. He had been abandoned and given a home in the church, alone all week. So sad, but so full of grace. ‘I am so glad you’ve come for me.’

Would the child you once were be pleased with the adult you have become?

2 thoughts on “No room in my head”