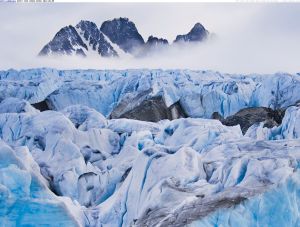 A Homily for the fourth Sunday before Lent

Chips are no good without salt. Salt enhances flavour. We can help others bring out their flavour—to let their light shine. The divine light is in all of us, like a pilot light on a gas stove, and we salty people can help others to turn up the dial so that the stove is aflame with warmth and light.

We add flavour to the world by acts of charity. Care for the needy, poor and oppressed: ‘share your bread with the hungry, shelter the oppressed and the homeless; clothe the naked when you see them’. Your many unrecorded acts of kindness and generosity are grains of salt.

We add flavour to the world by refraining from oppression, revenge and malice. These make us hard-hearted. A friend reported one of our churches to Laois County Council because sometimes only one of the exterior doors is unlocked for services. The fire officer recommended that the others be left unlocked, but fitted with a device so that they may be opened only from the inside. I use this story to ask about the doors to our hearts. Are they open to the message that we purport to profess week in, week out? Or are they shut, excluding the breeze of freshness and renewal as we stay locked into old resentments and fixed false beliefs? In the Venite we are warned against hard-heartedness that corrodes us. It’s a cancer of the spirit. It kills. ‘Hatred devours the wicked. They grind their teeth and their hopes turn to ashes.’

All this takes humility: the realization that ‘I’ am not the only person in the world, and that what ‘I’ want is no more important than what anyone else wants. No showing off. Paul writes: ‘I did not come … in lofty words or wisdom … I came to you in weakness and in fear and in much trembling.’

Humility like this keeps the focus away from self. Indeed, any pretence of the perfect image will stop the light that’s inside from shining out to others. It’s only through our imperfections, our cracks, that the light is able to get out. Put a tea-light into a flower-pot. You won’t see it unless the pot has a crack in it.

Now, another use for salt. We use it to lower the freezing point so that ice melts. There’s salt in tears. We know this, because when we’ve cried and the tears have evaporated, there’s a salty deposit left on our cheeks. So let me tell you a story, and I’m sorry for carving up the work of Hans Andersen, but it’s a long story in its original form.

Once upon a time there lived a wicked goblin who built a magic mirror. Anything that was beautiful or good was reflected in it as ugly and bad. One day, as the goblin was flying through the clouds, he dropped the mirror. It shattered into millions of pieces. A few pieces fell in a small town where two friends named Kay and Gerda lived.

They were neighbours and friends. As they were playing, Kay felt something sharp in his eyes and his chest. Shards of the broken mirror went into Kay’s eyes, and another into his heart. From then on, Kay made fun of everything beautiful and delightful. He no longer saw Gerda as his friend, but sneered at her. His heart turned to ice. Gerda didn’t understand.

As Kay was playing alone in the snow, a large and splendid sledge drew up. Its driver, a most beautiful woman, invited Kay to join her. She was draped in a white flowing gown. On her head was a crown of ice. Her hair was like icicles. ‘Who are you?’ asked Kay. ‘The Snow Queen’ she replied, her face glinting like a diamond in the snow. Kay got int, the Snow Queen tugged at the reins, and off they went up into the clouds, taking Kay to a distant land.

Gerda missed Kay and never stopped loving him. She waited for his return. He did not come. She set off in search. She took her boat and went off on the river. Hearing Gerda’s, a fairy sent her garden flowers to search for Kay, but they returned empty-handed.

Gerda sat under a tree and wept. A crow flew down and told her about a princess who had married a boy. Gerda wondered if that was Kay and urged the crow to lead her to the princess’s palace. She sighed with relief when she saw him, because it wasn’t Kay.

Gerda came to a forest where she met a robber girl and her reindeer. Hearing Gerda’s sad tale, the reindeer said he had seen the Snow Queen flying away with a boy to Spitsbergen near the North Pole. Gerda and the reindeer set off. It was a dangerous journey.

At the Snow Queen’s palace, they found it guarded by snowflakes that prevented their approach. The only thing that overcame them was Gerda’s praying the Lord’s Prayer. Her breath took the shape of angels, who pushed aside the snowflakes and allowed Gerda to enter.

Gerda found Kay alone. He was almost immobile on the frozen lake, which the Snow Queen calls the ‘Mirror of Reason where her throne sits. The Snow Queen had set him a task: if he is able to form the word ‘eternity’ with letters made of ice, the Snow Queen will release him from her power. Try as he might, he is unable.

Gerda runs to Kay and flings her arms around him. He is like a statue. Gerda weeps. Her tears drop on to Kay’s chest. Slowly, slowly the warm tears seep into his heart. Tears of love melt Kay’s heart of ice. Kay bursts into tears, washing out the splinters from his eyes. Gerda embraces Kay, who comes out of his trance. Kay is saved by the power of love. He looks at the lake of ice and sees the letters have arranged themselves to spell ‘eternity’.

Gerda and Kay and the reindeer leave the ice palace for home. They find it just the same as it was when they left. But they have changed!

Gerda’s grandmother reads a passage from the Bible: ‘Assuredly, I say to you, unless you are converted and become as little children, you will by no means enter the Kingdom of Heaven’.

Speed these lagging footsteps,
melt this heart of ice,
as I scan the marvels
of thy sacrifice.   (William Walsham How)