It’s easy to say that rules apply to others. It’s hard to remember that they apply to me as well. King David was outraged by the story of the rich man stealing the poor man’s lamb. Yet he couldn’t see, until it was pointed out to him, that he had done worse. David had been an adulterer and had ordered a murder, and nonetheless he had the courage to ‘fess up. One can commit enormous mistakes, but one can also acknowledge them, change one’s life and make reparation.

A couple of weeks ago we had the centurion who doesn’t think himself worthy to have Jesus as his guest. Today we have the inverse: Simon the respectable religious man who is positively offhand about welcoming Jesus as his guest. Offensive even. You couldn’t make up stuff like this.

Jesus is known to eat with sinners, thieves, drunkards, gluttons. I wonder why the Pharisee invites him for a meal. Is it so that he can lecture Jesus on what he should be doing? Like those drivers who overtake you and then slow down and ‘show’ you how to drive?  Simon disregards all the normal courtesies. He doesn’t ‘kiss’ Jesus in greeting. He doesn’t allow Jesus to wash his feet, let alone wash them for him, essential and expected in those days with dusty and dirty tracks. He doesn’t offer any means of ‘freshening up’.

Then there’s the meal. Men only, of course. The ‘table’ is lower than knee height. They recline on cushions on the ground, feet out behind them. I’ve been at meals like that in the Middle East. They take a long time. A woman of ill-repute barges in. Imagine, an uninvited woman in a men-only meal. A woman shunned by respectable people. A money-lender perhaps, or a grasping landlady, an informer, a notorious gossip, a prostitute. Maybe she had simply married a Gentile. A mixed marriage. What a sin. The woman doesn’t say a word. She simply acts. She lets her hair down in front of a man who is not her husband. This is sexually provocative. It is ground for divorce. She touches a man who is not her husband. An awful crime. She washes Jesus’ feet with her tears. Why is she weeping? She pours expensive oil over him. She does the things the host should have done, but did not.

The other men at the meal doubtless expect Jesus to be horrified, and to throw her out. Jesus says nothing. When he does speak, it’s not to the woman. It’s to Simon. Jesus lays into Simon the religious man. Jesus coruscates him. No gentle Jesus meek and mild here. No mealy-mouthed platitudes from a House of Bishops. Jesus—horror of horrors—holds up the woman as an example.

What a contrast! ‘Simon, just because you’re a so-called holy man doesn’t mean that you have anything to teach her. This woman who so disgusts you can teach you a thing or two about being humble, and repentant, and honest, and generous, and serving, and loving, and thankful.’

It’s easy to point the finger at bankers and financiers who exploit others. It’s easy to point to those who ‘kill’ with harsh words, or cruel deeds, or who pay unjust wages, or who do a nixer. But do we apply those same rules to ourselves? Do we realise that when we pass on gossip, we kill? Do we recognize that cheap prices in the shops come from ‘killing’ people in  sweat-shops? Do we recognize that our pension funds are invested in companies that ‘kill’ through exploitation? 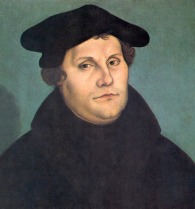 Have you ever wept tears over your shame? Martin Luther says ‘All who call on God in true faith, earnestly from the heart, will certainly be heard, and will receive what they have asked and desired.’ How often do we look into our hearts? How often have we tried to bluster and excuse ourselves—I couldn’t help it, I had no choice—rather than ache for forgiveness? The more I look into my heart, the more I recognize my need for forgiveness. The closer the woman in today’s story is to Jesus, the more she recognizes her need for forgiveness. Her tears are what Martin Luther calls herzwasser. The woman’s heart-water washes Jesus’ feet, just as he washes the apostles’ feet on Holy Thursday.

This is one of the most powerful stories in Holy Scripture. And Luke goes on. He describes how women are included in the teaching ministry of Jesus. These women were by no means perfect. Some clearly were from affluent families: they funded his ministry, they followed him. That’s shocking too, in those days in that place.

Religious people can be very cruel. Stiff-necked. If they don’t repent, they’re living a double life. Am I one of them? The woman was lavish in worship, falling at the feet of Jesus. Am I like her? David and Simon are aware of everyone’s faults but their own. Am I like them? Jesus condemns very little, but always complacency and hypocrisy. We say in the Lord’s Prayer: forgive us our trespasses, as we forgive those who trespass against us. If we forgive little we will be forgiven little.

If I draw a line between myself and someone else, Jesus will be on the other side.

1 thought on “Heart water at a meal”