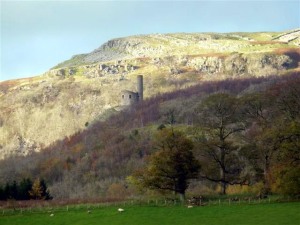 Watchtower in the Eden Valley

I was doing my sermon. Tring, tring, triiiiiiiiiiing went the door bell. Woof-woof, woof-woof went Og the king of Basan. Og the dog really, but one dreams. I heave my creaking and overweight body out of its groove on the sofa where I do most of my writing with the computer resting on the sofa arm and Og the dog lying beside me. I stomp to the door. I’m greeted by two neatly dressed gentlemen and a young child. They are smiling. I restrain Og the dog who, despite being a good barker, is one of the more timid of things creeping innumerable, both small and great beasts.

I reciprocate by offering them my heartiest felicitations on this the first day of flaming (hollow laughter) June.

‘Could we interest you in this?’

They proffer a leaflet. I readily accept it with thanks. I quickly look at the back page and see that it’s from Watchtower Publications. Jehovah’s Witnesses are quite numerous in Portlaoise. Seeing the face of one of the men, noting the Watchtower connexion, and putting two and two together makes something in my brain go clunk, clunk, clunk. I’m delighted to say that I know two of his children. They attend Maryborough school. I tell him that they are good fun and little treasures. He demurs somewhat, his diagnosis of their condition being not so much treasures, but more ‘live-wires’. He says this with a somewhat wry expression on his face. The pains of parenthood. We exchange more pleasantries and I say I’d love a chat, but they hoof it, pitter patter, back to Coote Street whence presumably they came.

Not long after, I had time to read the leaflet. You can imagine the content: what does the Bible say, sort of stuff. Nothing to which I took exception.

A number of things about the encounter rather shamed me. Their commitment, their neatness, their smiles, their evident goodness and lack of guile. I wondered how much time they spent having to deal with property and legal issues, with internecine feuds, with leaking roofs, with graveyards and complaints, with church furnishings. I made some personal resolutions. And then I began to fantasize about would happen if we followed the example of my callers and visited every home in our parishes with a leaflet about what we do, and what we offer. I began to wonder what exactly is it that we do offer to those who are not already in the club?

Maybe this is something to think about over the summer. The leaflet is the easy bit.

4 thoughts on “Being made to think”